Can you solve this CdA mystery?

Can you solve this CdA mystery?

Yesterday I made a very simple adjustment to my bike. When I did my ride afterwards, AP told me that my CdA went UP by 25%! Not good...

Today I started my ride and was again getting the same, troublesome high CdA reading.

I stopped at the 2.5 mile mark, undid the adjustment, and my CdA immediately returned to normal. You will see the HR/CdA level drop right after the stop at mile 2.5.

What is the adjustment I made that caused/fixed the problem? 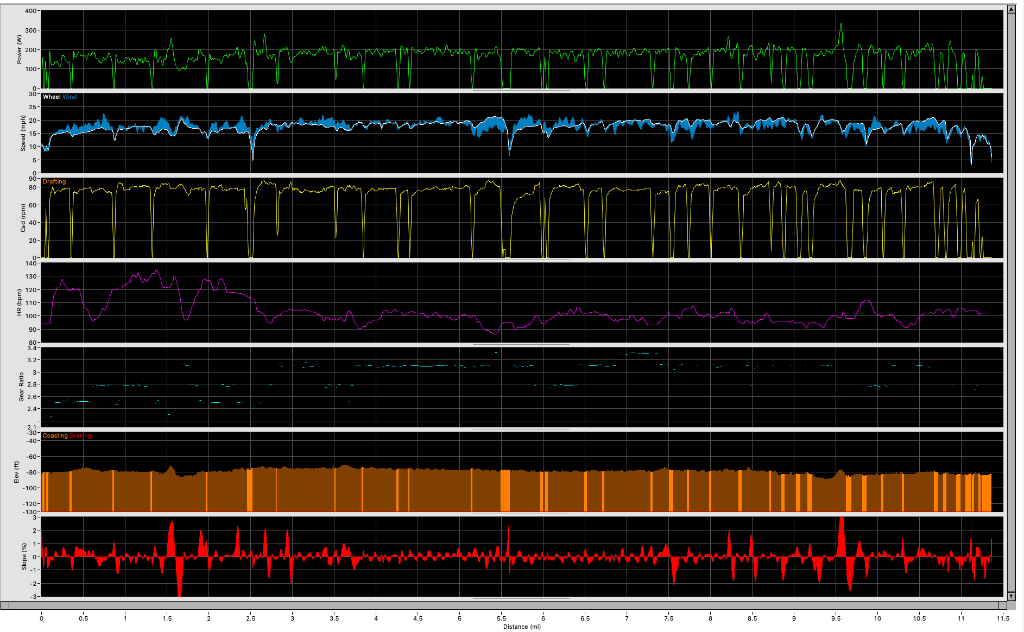 Re: Can you solve this CdA mystery?

Maybe, you tilted the handlebar...
Top

Re: Can you solve this CdA mystery?

The answer is: I had made an adjustment to my rear brakes, causing them to rub slightly against the rear wheel. The extra friction of the rear brakes caused me to pedal a bit harder, which caused my DFPM watts to go up (for the same bike speed).

Since AeroPod did not "know" that my brakes were causing higher rolling resistance, it calculated instead that the higher DFPM watts were caused by increased wind resistance--as expressed by a higher CdA!

As soon as I readjusted the bike, so that there was no longer any brake rubbing, things went back to normal.
John Hamann
Top
Post Reply
3 posts • Page 1 of 1